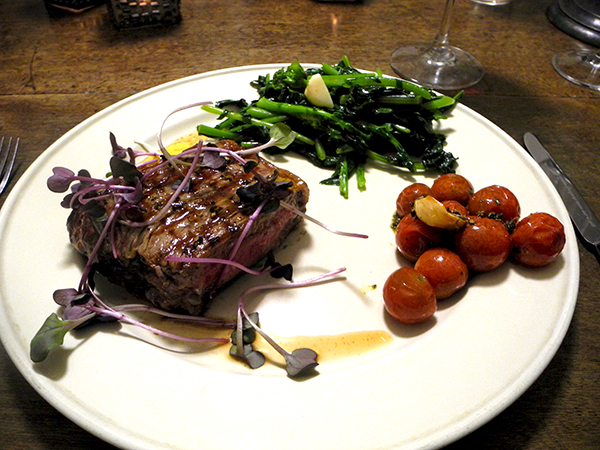 We owe a good part of the two meals we enjoyed on Sunday, the proteins in particular, to the Plain People of eastern Pennsylvania, and, specifically, John Stoltzfoos and his family who operate Millport Dairy Farm in Lancaster County.

The day had begun with a breakfast which included both their eggs and their bacon. The picture below shows micro scallion from Two Guys from Woodbridge tossed on top of everything after the mixed herbs had been sprinkled on the eggs, but it was taken before dollops of the middle-eastern-style seasoning, L’eKama‘, the toast, or the thick bacon were added to the plate. 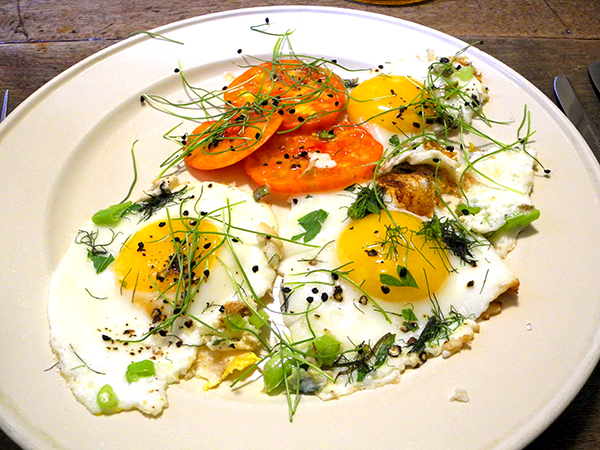 Dinner was a meal in which John’s family’s beef (pastured, grass-fed, like their chickens) was a featured attraction, along with some great vegetables.