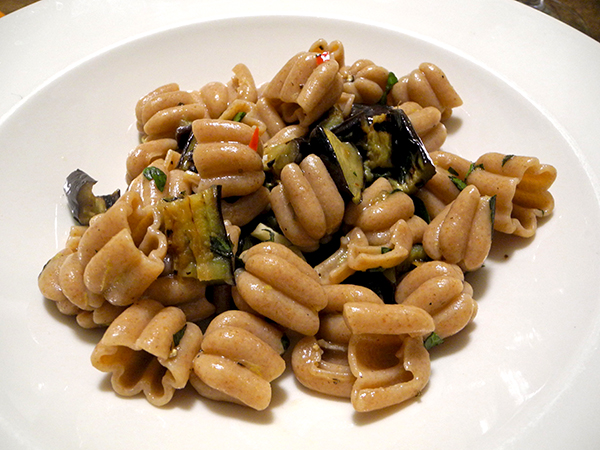 “It tastes like musty caramels”, said Henry, who was standing with Reina behind the Greenmarket Regional Grains Project, in reply to my question about the Sfoglini organic red fife blend zucca.

For me that taste morsel was enough of an incentive to purchasing it, and later it would be a sufficient tipoff for deciding on the vegetable I’d combine this artisanal pasta with.

There was a serving of prosciutto and arugula before the pasta, but the dish and the image is now so familiar on this blog that I didn’t want to lead with it, or go into detail once again.

Okay, omitting it altogether also seems wrong, so here it is. 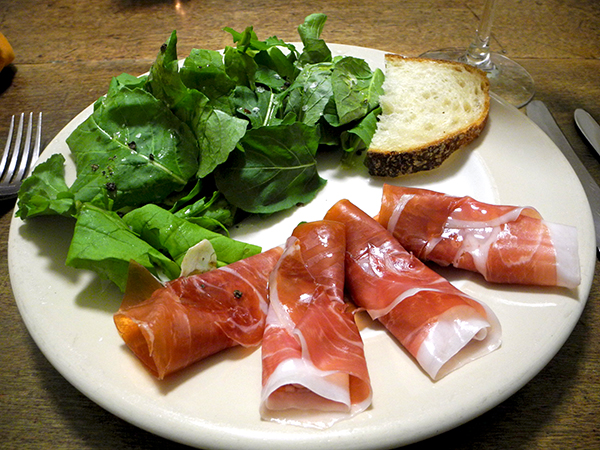