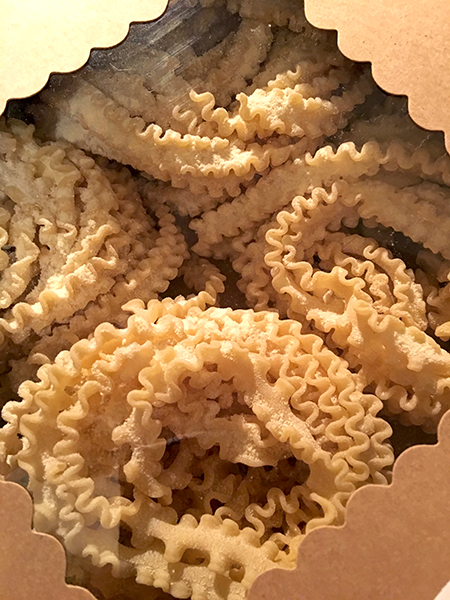 I had just gone to Eatlay for bread yesterday, but as I was passing Luca Donofrio‘s fresh pasta counter I spotted this awesome-looking pasta. I had already decided I was going to put together a very simple meal tonight, and I immediately realized that this mafaldine would make it special even without tweaking of any kind.

I was also a little excited (also sad) about the surprisingly modern history of the name the Italians have given the pasta: the ill-fated Princess Mafalda of Savoy is the reference. 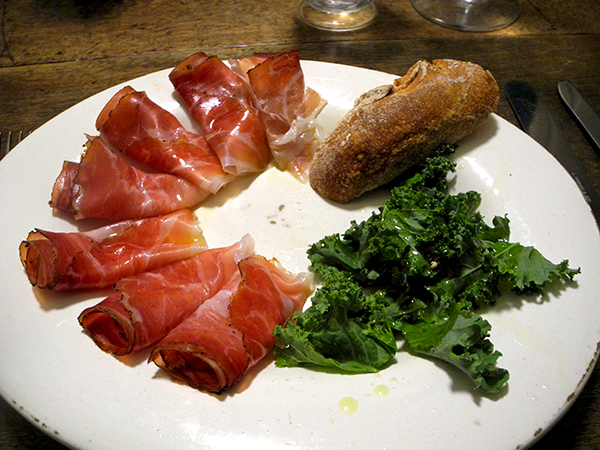 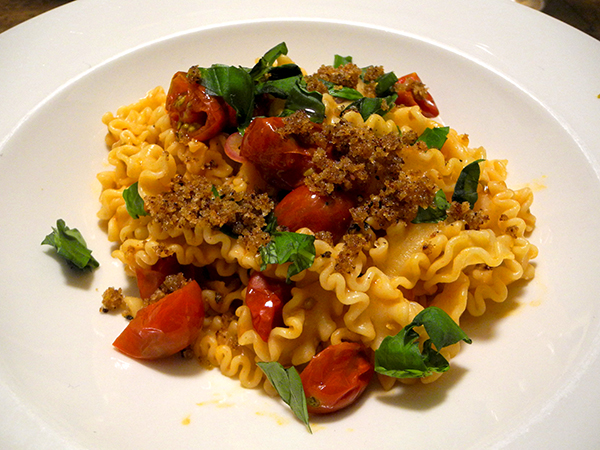 We were 3 at dinner. Our friend Michelle Vaughan had come by to drop off a huge organic bounty from the gardens outside her cottage, ‘Lower Hayfields’, in Garrison, New York, north of the city, and of course we wouldn’t let her go.

We began with a course of salumi.

The main course came together with the pasta I mentioned above, and some deep-red cherry tomatoes with the most awesome flavor. I believe they are actually an heirloom variety, ‘black cherry tomato’. It was the last of my supply of any tomatoes before it was replenished by Michelle with several kinds of cherry tomatoes; at least 4 kinds of heirloom tomatoes, including plum tomatoes; 2 kinds of sweet peppers; fingerling potatoes; and curly kale.

We finished with a small plate of cheese and a few very ripe black figs.