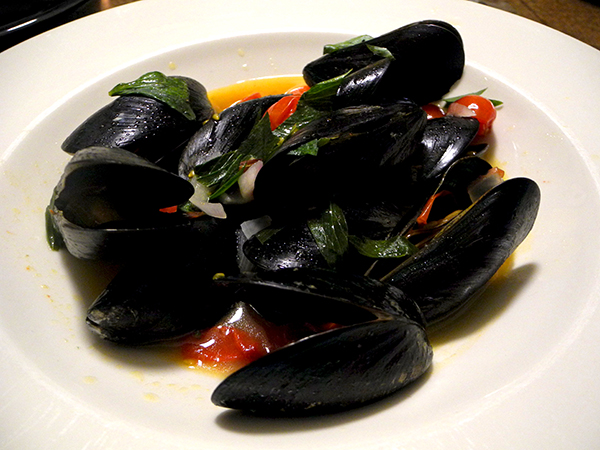 I did not know that the pea crab, like ourselves, loves mussels as much as it loves oysters. Tonight we found a number of them in our bowls of shellfish (t took us a few minutes to realize where the extra crunch was coming from).

The pea crab: sent to remind us that food isn’t made in factories, or at least that it shouldn’t be.

While they have occasionally been considered a delicacy here and elsewhere in the world, occasionally remaining so even today, I can’t imagine, even if you could get past the icky factor, how you’d be able to accumulate enough of the tiny creatures to make even a small splash on a plate.

FOOTNOTE: From the department of, ‘you learn something new every day‘: “A male pea crab will rub the edge of a shellfish containing a female pea crab for hours until the shellfish opens and allows the male pea crab to enter.” Sweet.

If I haven’t totally turned off the reader, the rest of this post is likely to be a bit more conventually toothsome.