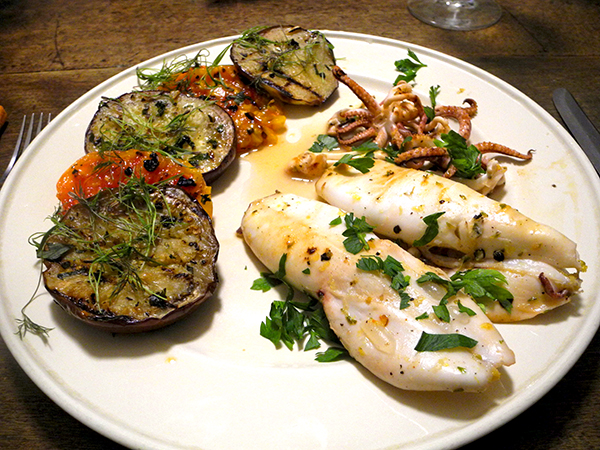 The squid was certainly Italian, both the fact of squid and the preparation; the vegetables were also Italian, again, fact and execution (the wine however was Spanish, because, well, we didn’t have a suitable Italian on hand).

Nothing put onto the table last night was ‘costly’, and, except for the squid, for which I exchanged $6 with the fisherman’s family that day, it basically incorporated what was already in the kitchen or pantry.