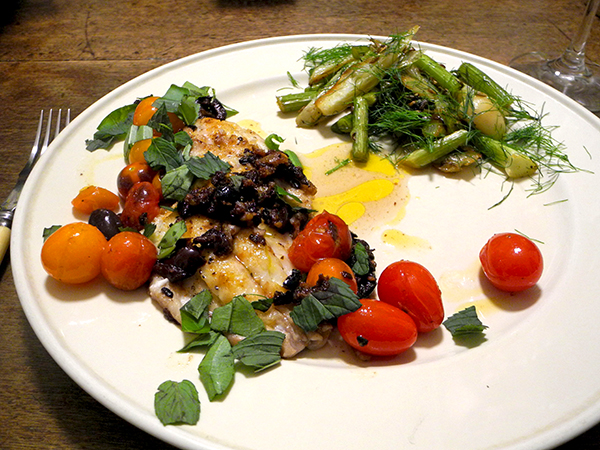 I didn’t start early enough to prepare the ‘tomato water’ which was a part of a recipe I had used for this wonderful fish last July. The other problem I had last night was that I didn’t want to turn on the oven, a step necessary for my second favorite treatment of tautog (blackfish), so I improvised.

I used the basics of Melissa Clark’s recipe, but left out the tomato water, instead I added some incredibly sweet and flavorful small, ripe cherry tomatoes (in several shades of both orange and red) I had picked up the same day.

The fish was really, really good. This new recipe will be my new first choice, at least until I need variety again.

The vegetable was serendipity and one of my favorites, for accompanying fish, meat, pasta – anything – also by itself, raw, as a terrific appetizer:  A beautiful bulb of fennel ended up on the counter last night, the gift of a friend. 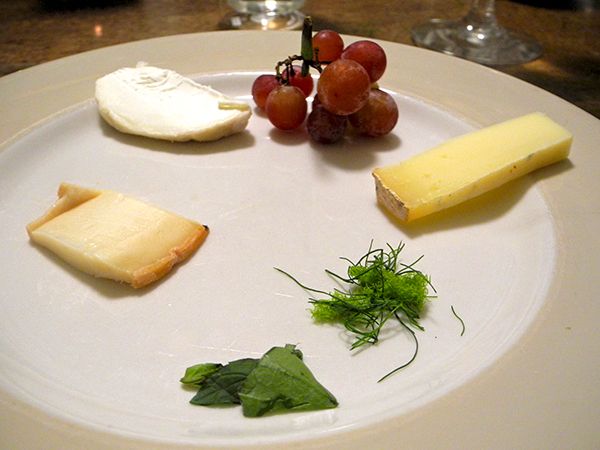 There was a very small cheese course