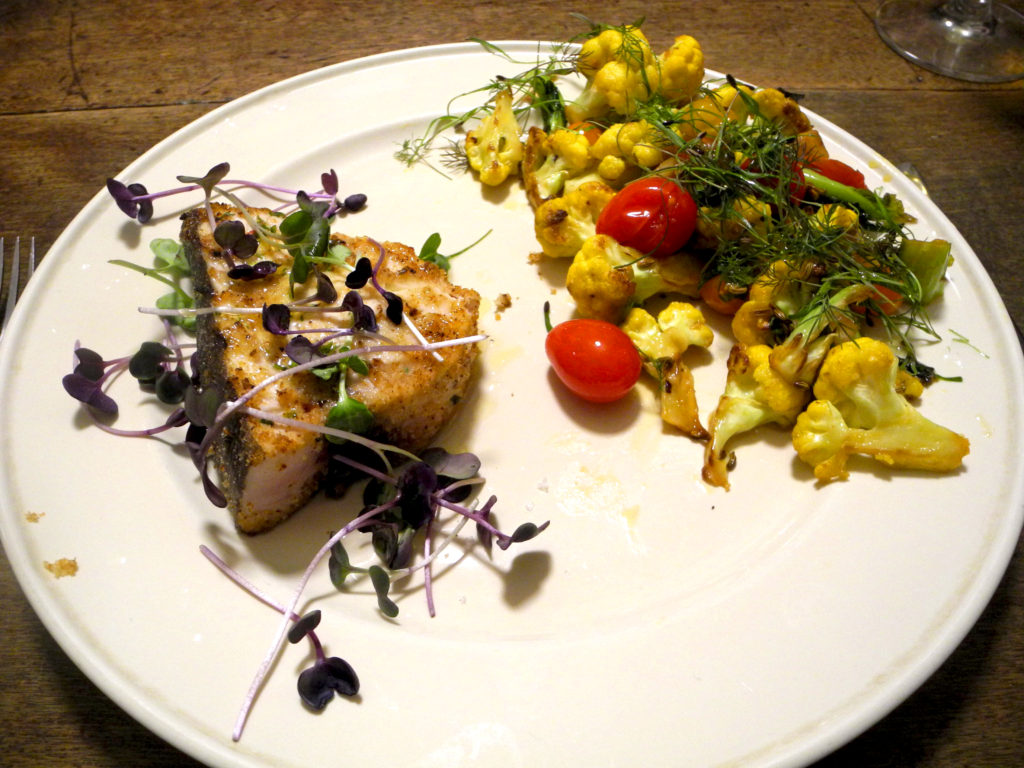 There was an appetizer (insalata Caprese) , and there was excellent cheese after, both very good, but the, really extraordinary part of this meal was the main course – including a great Spanish wine.