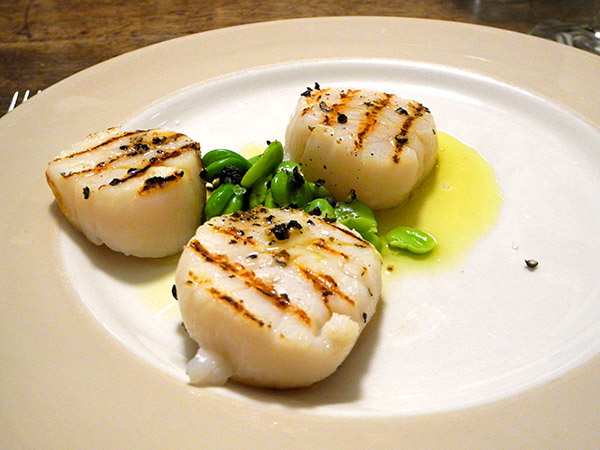 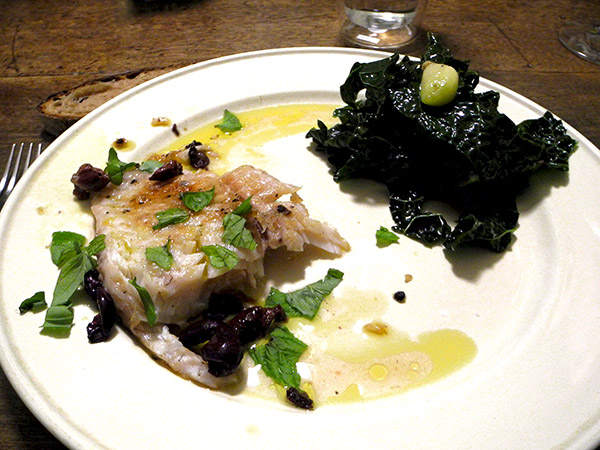 I’m indebted to Rhode Island for this meal. Ever since I learned that ‘blackfish’ was the same species I knew as ‘tautog’ when I lived in Rhode Island, it’s become a New York favorite.

I had arrived a little late at the Union Square Greenmarket on Saturday, where both Eric and Paul, working the stall of Pura Vida Fisheries, suggested I choose the one remaining blackfish/tautog fillet.  It looked beautiful, and I wanted to take the suggestion, but the problem was that it barely weighed half a pound.   Some background:  Every time I visit, as Paul wraps up my fish choice he asks, “what else?”, and every time I have to respond that I can only handle one fish at a time.  Because I wanted to fill out my ration for the evening, this time I think I was able to make him happy.

They had Scallops which had been harvested that very morning, and scallops would be a natural choice to go with the tautog. I might have found a way to include both the shell- and fin-fish on the same plate had not Franca at Berried Treasures a few minutes later presented me with a small handful of fava beans (mixed inadvertently with a few peas).  My entrée had suddenly grown into two separate courses. 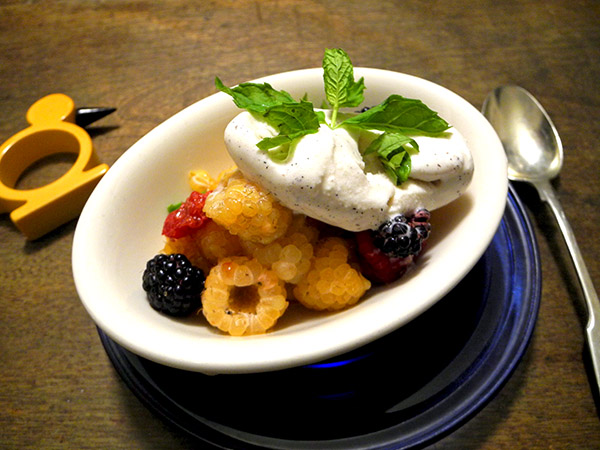 The berries which constituted the third course were something of a lagniappe, since I had spotted them a little later at Norwich Meadows Farm where I was only looking for a contorno for the fillet (I zoomed in on some very healthy looking lacinato, or cavalo nero).

The debt for this very pleasant meal had thus been extended to at least two other farmers.

The first course featured the scallops.

The tautog dominated the main course.

The dessert was a small dish of berries.

The accompaniments, as usual, were wine and music.