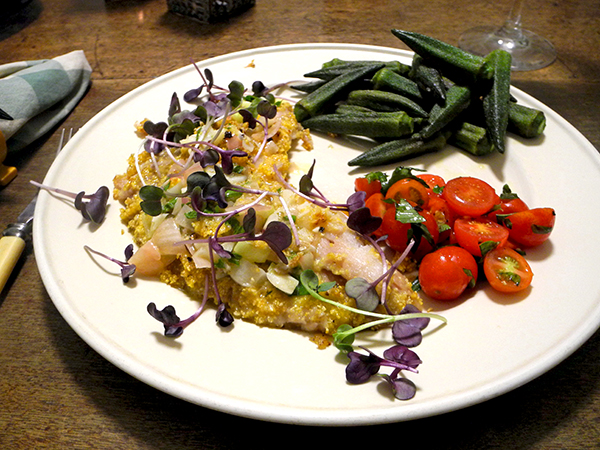 The skate is an excellent fish, and not unfamiliar to most people interested in eating fish, but this recipe is nothing like the one with which most are familiar (you folks know the one I mean). I’m crazy about the treatment I’ve now used a number of times: It’sdelicious, I can easily vary it, and it looks more complicated than it actually is. There’s also that thing I wrote about it 2 years back: “Dredging this extremely tender fish with polenta, rather than flour, gives it real presence while protecting its delicacy. It wasn’t my invention, but rather Mila‘s.”

The very fresh vegetables were even more simple, and as delicious as they were colorful. 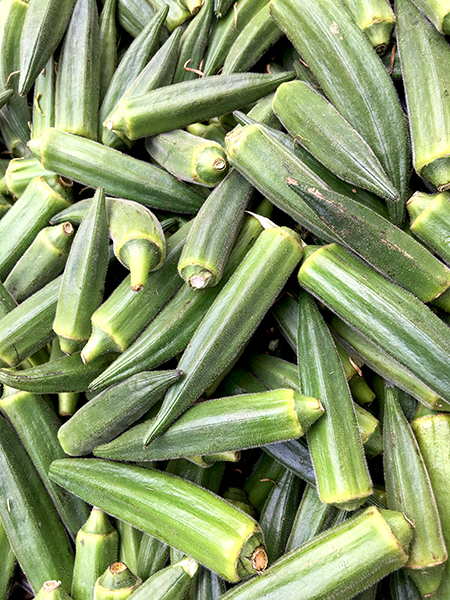