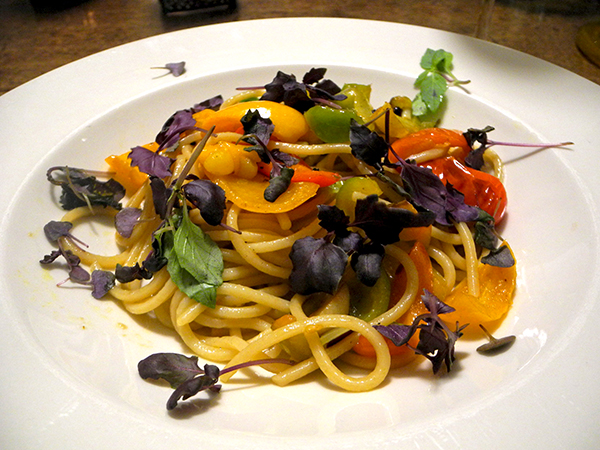 Neither of us ever tires of eating peppers, sweet or hot, so I find it hard to avoid a display of either in the Union Square Greenmarket (or any farmers’ market). I was surprised that the particular beauties I sautéed last night, seen in the picture above, had been waiting in the refrigerator for days. 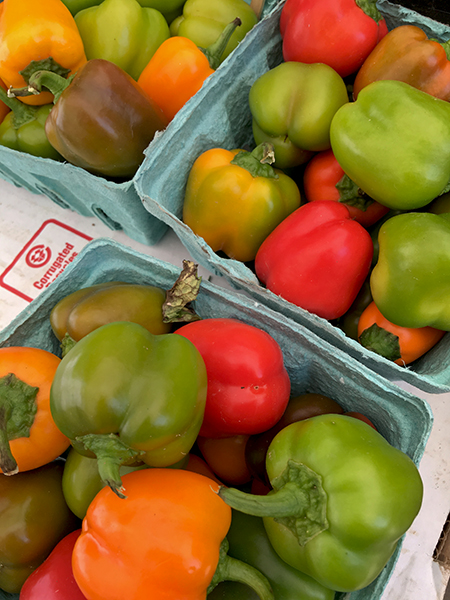