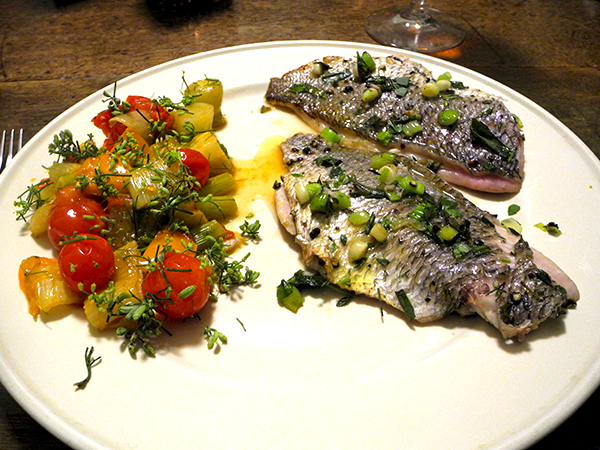 Before I headed out to the Greenmarket on Monday I had noticed that the tomatoes on the windowsill were beginning to gang up on me. I decided I had to incorporate most of them in the entrée that night.

After earlier purchasing 4 porgy fillets, I picked up a young fennel bulb, thinking I would incorporate it in the preparation of the fish. That evening I realized I should probably use the oven to do that best, so I ended up combining the fennel with the tomatoes in a sauté, or braise.