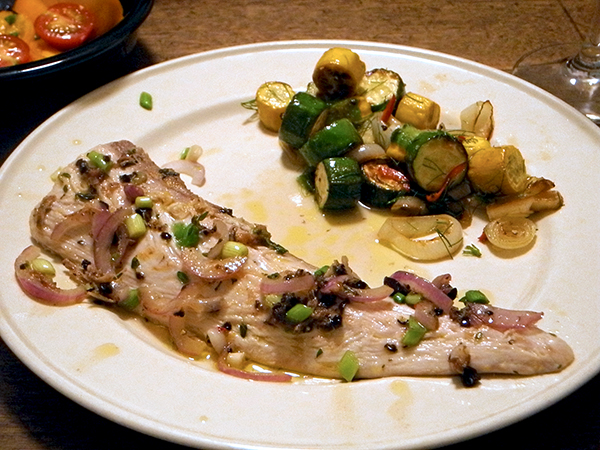 This fish doesn’t get much respect. This has been true even after some people decided it would go over better if it were called ‘mahi -mahi,’ rather than the traditional, ‘dolphin’, or ‘dolphinfish’, important in both western cuisine and art for 4 millennia (long before Hawaii turned up). I came close to exhausting the topic, once before, at least as it relates to home food preparation. I posited what appears to be one of the reasons for its lack of popularity. I’m not willing to go into that again now, other than to point out that I’m talking about the water-breathing fish, and not the air-breathing mammal.

My own experience with it in the kitchen is that I liked it the very first time I had it, and I’ve liked it even more each time I’ve been able to bring it home.

The dolphin we had Wednesday evening was the best yet. 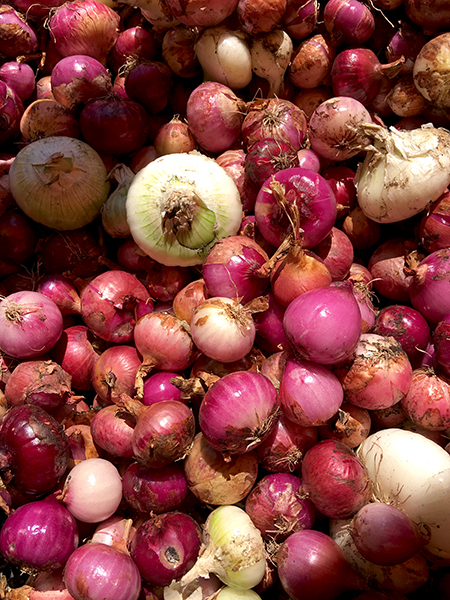 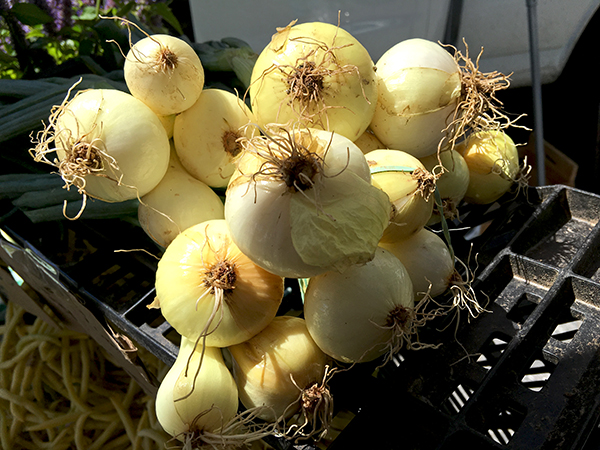