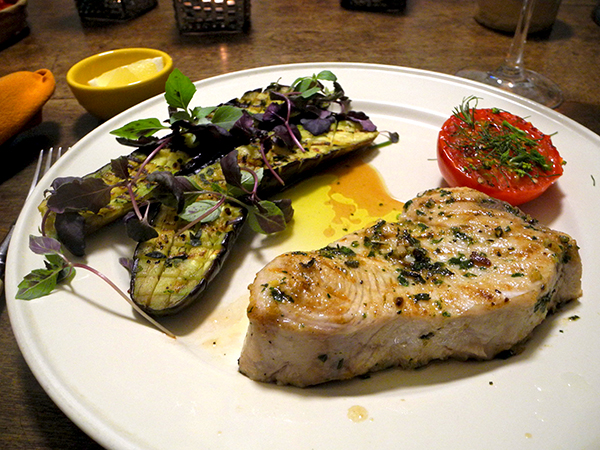 I didn’t buy it because it was shark, but because it looked so incredibly good in the fishmonger’s bucket, 2 weeks in a row. last week I chose triggerfish instead, because it is likely to appear in the market more rarely. This time it was the mako shark’s turn.

I have nothing against sharks; I like them, well, at least in the right environment, one of which I will now avow, is the dinner table.

I neglected to photograph the shark before I cooked it, but think of a swordfish steak, looking especially moist, and, this one at least, the color of a pale rosé wine.

The fish was extraordinarily fresh: At Rick Lofstad‘s Pura Vida Fisheries stall on Friday Lea Mansour showed me this short video, taken the day before, of the shark on the deck of their boat, the Olivia Jane, out of Hampton Bays, Shinnecock, only moments after it was caught. The deck is covered in squid, which appears to be the catch intended that day.

“Do you wanna try and sell this thing?”

The thing was absolutely delicious.

I used a recipe I have occasionally used with swordfish, and it worked beautifully, allowing the slightly sweet, moderately-strong taste of the shark to shine.

The preparation of the other 2 elements of this meal was already pretty familiar territory on this blog. As with the recipe for the fish, there were only slight adjustments in the herbs used this time. 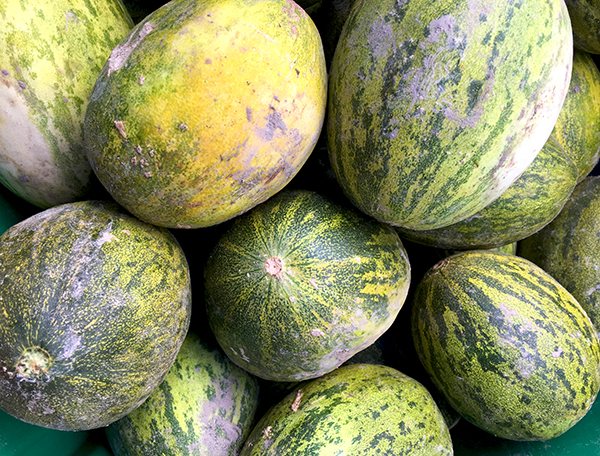