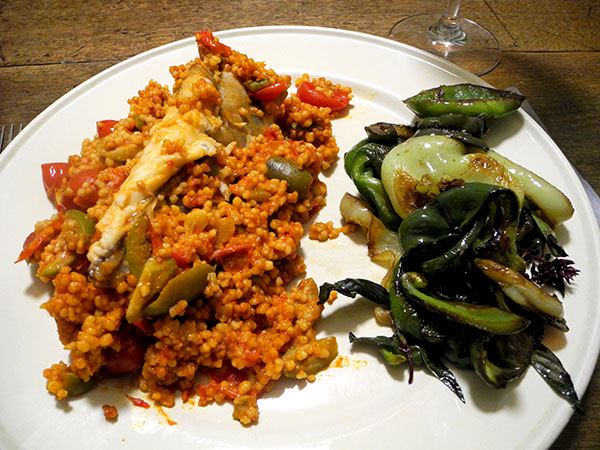 The meal just happened; there had been no plan to relate to the events of the day. Something seriously scary was occurring on the other side of the earth just as I was mentally assembling this meal of monkfish, incorporating 2 tails I had purchased in the Greenmarket just after noon. I was still ignorant of what was going on in Anatolia. But because I liked this scary-looking fish, and because Barry and I had both enjoyed its treatment in this Sicilian formula several times before, I had already decided on a recipe that quite literally stretched beyond the European continental littoral, although the music programming for the meal came later.

The news breaking throughout the day, and evening, inevitably formed a prominent backdrop to our simple plates of monkfish, couscous, and sweet peppers, the recipes and the music relating, although at a considerable remove, to the geographical, political, and cultural environment in which a governmental coup was unfolding.

So, yes, I’m talking about couscous, and in this case a rather classic Sicilian dish little known outside la Regione Siciliana (or Rome), which incorporates a wonderful ingredient usually associated only with the cultures of North Africa, and, to a lesser extent, the middle east.

Which gets us back to Turkey.

The music, celebrating complexity, diversity, and beauty of the culture of the Levant, was a conscious decision. 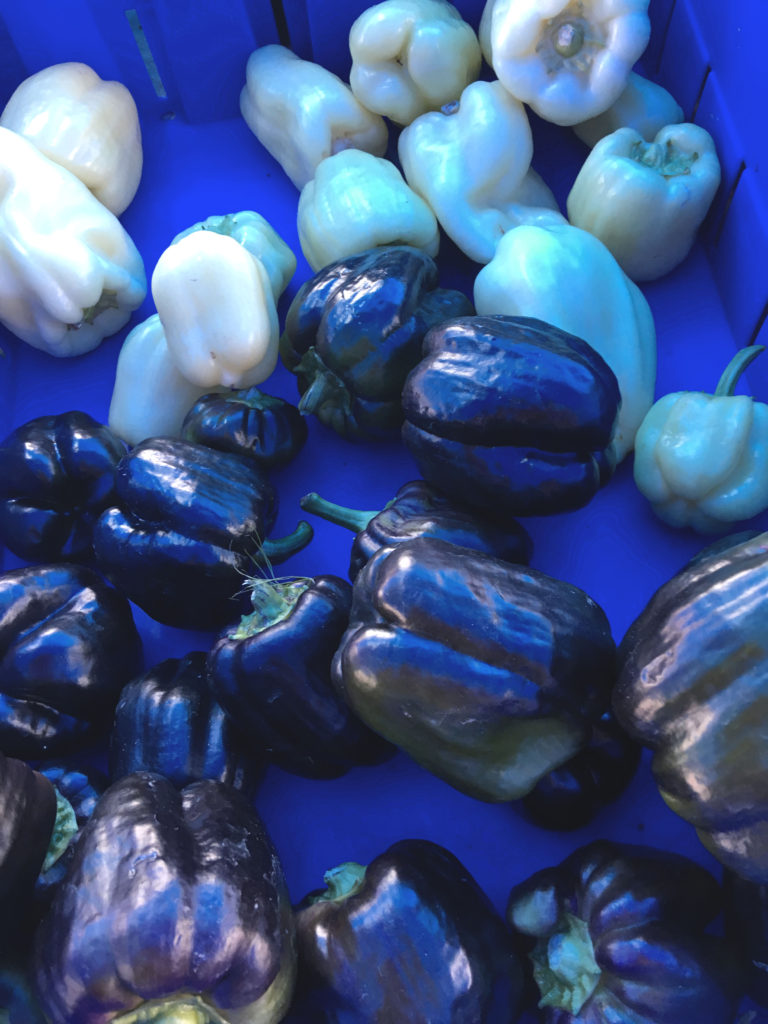 The preparation of the early season peppers  which I picked up at the market the same day I found the fish may not have been particularly Mediterranean, but I’m very fond of both the taste and the process.