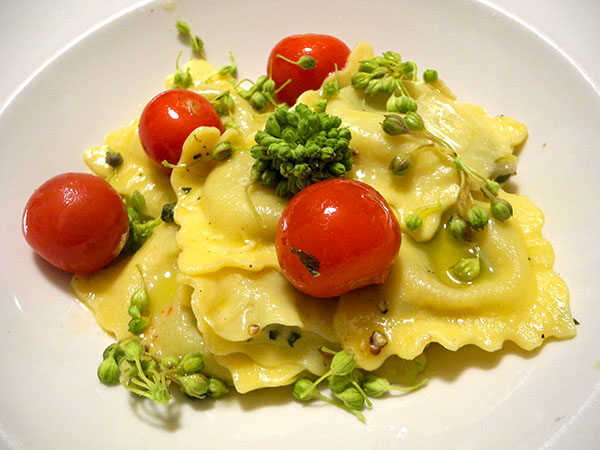 This is a formula for an almost an instant dinner, and it never has to be an exact repeat, thanks to the availability of one or another form of good fresh pasta (frozen, handily little more than an arms distance from the pot), a few fantastic cherry tomatoes (which aren’t fussy/time sensitive), and the possibility of drawing from a healthy variety of herbs or other oddments which can be found in a well-frequented larder.

The bit about the larder is pretty key in any cooking done at home. It really, really helps (makes it far easier, and more exciting) if you cook regularly, because, among so many other reasons, it means you don’t have to shop for as many ingredients to prepare a single meal, and because having stuff on hand pretty much compels improvisation.