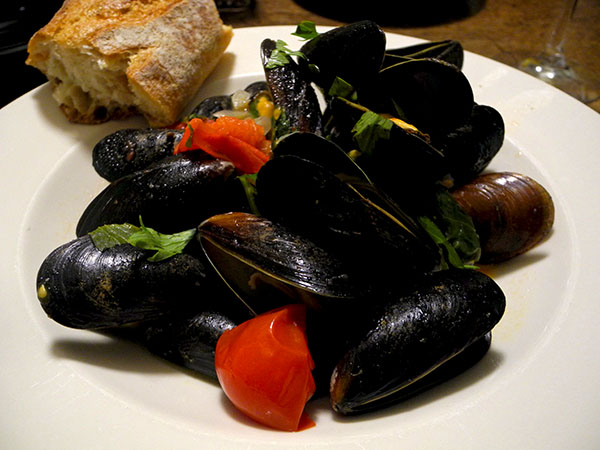 These steamed mussels are perfect for a hot evening, since the entire process requires less than 5 minutes above a flame. I found the recipe in the New York Times, where it was described as adapted by Sara Dickerman from “The Herbal Kitchen,” by Jerry Traunfeld.

It’s also a just plain perfect meal, especially if the ingredients are really, really good, as they all were here.

[oddly, while the image above doesn’t show it, but there was plenty of luscious broth, which is pretty much what this dish is all about]