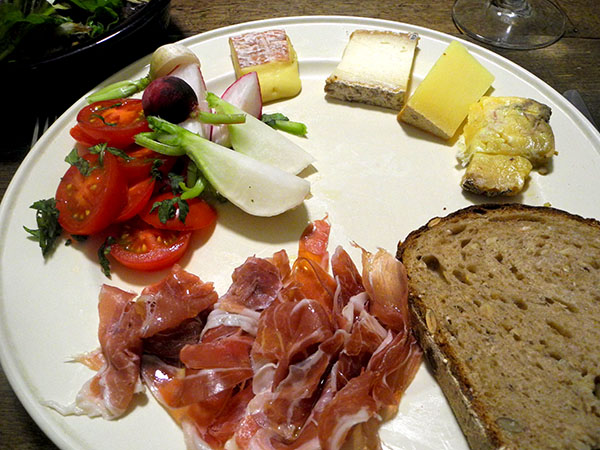 We occasionally enjoy what we call ‘picnics’ at home (a table laden with assembled foods, not cooked, or at least not cooked by me that evening), on particularly warm evenings or on any other occasion when it makes sense and the concept feels particularly enticing.  I can normally assemble this sort of thing without planning ahead, since we always have on hand most of what I would want to include in such a meal; it’s just normally just a matter of deciding to put it together, and that adds to the appeal of the arrangement.