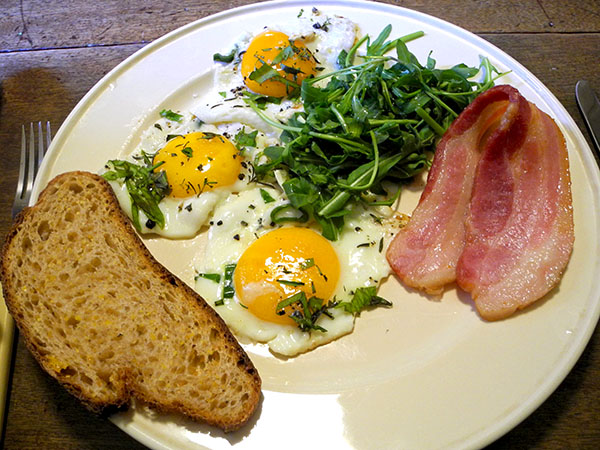 I thought of my father as we sat down to breakfast today.

Although his given names were Clarence Henry, everyone outside of his huge family, which knew him as Clarence, called him ‘Wags’.  He loved bacon and eggs, generally preferring them raw, whipped and sprinkled with salt and pepper (at least at home). He had grown up on a large dairy farm in Wisconsin among 14 siblings, and there were often others who had been taken in by his parents. We always imagined he had decided early on that he didn’t want to wait for cooked eggs to arrive at the table, but that was only a guess.

Family and friends in need were his priorities.  He arranged his life to share breakfast, lunch (driving home from the office), and dinner with us every day until the one on which he died in 1958, at 51.

Clarence would have turned 110 this year.

I would like to think he would have been pleased by the meal (this one of cooked eggs) which we enjoyed today while thinking of him.  Because we ate at what would be lunch time for decent folks, he would probably have taken a short nap afterward, as he did every day after the midday meal. 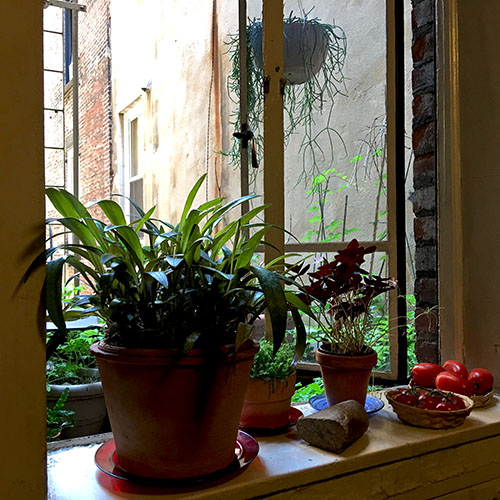 looking into the gardens, from the breakfast room