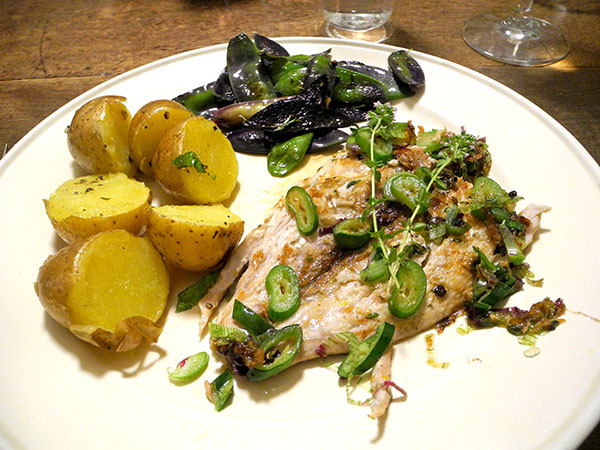 When I saw ‘Mahi-mahi‘ posted on the board of Paul’s stand in the Greenmarket I immediately knew what we were going to have for dinner.  When it came to my turn in line, I stepped right up and asked for ‘Dolphin’.  Paul registered a little mock horror, since there were probably people within earshot of my voice, and even today many associate the word, ‘dolphin’ with Flipper.

I had already come to appreciate the flavor of this fish, and last night it was pretty extraordinary, with flavors and textures far more complex than I had reason to expect, and yet still retaining the character of the fish itself.  To the skeptical:  No, all white-flesh fish do not taste the same.

Also, and not at all incidentally, the Greenmarket vegetables were totally up to the challenge of accompanying a good fish. 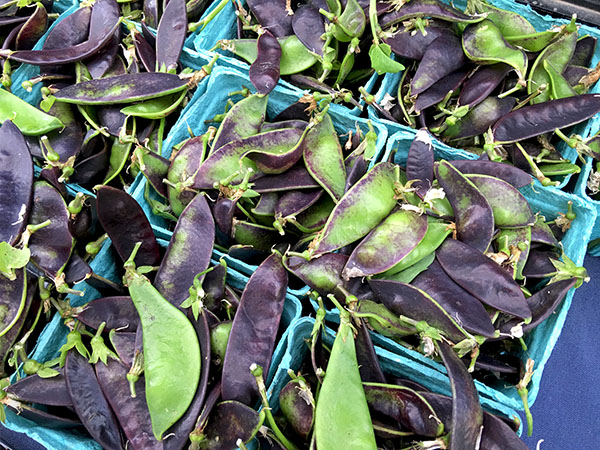