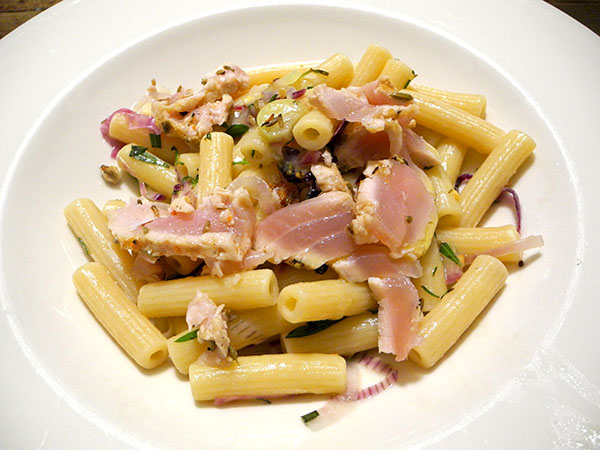 I was ready for a very simple pasta dish. I had bought some fresh summer savory the day before and I was perfectly willing to leave it at that, as an excellent artisanal pasta dressed with oil, good dried pepper, and that pungent seasonal herb.

I hadn’t expected there might be some tuna left over from the meal the night before, but the coincidence was responsible for an inspired (well, more like serendipitous) entrée.  The fish was not fully cooked in the center, so, in order to preserve and appreciate its delicate freshness, I sliced the little 2-ounce chunk of fillet very thinly and added it to the zito only after the sauced pasta had been divided into the 2 bowls.