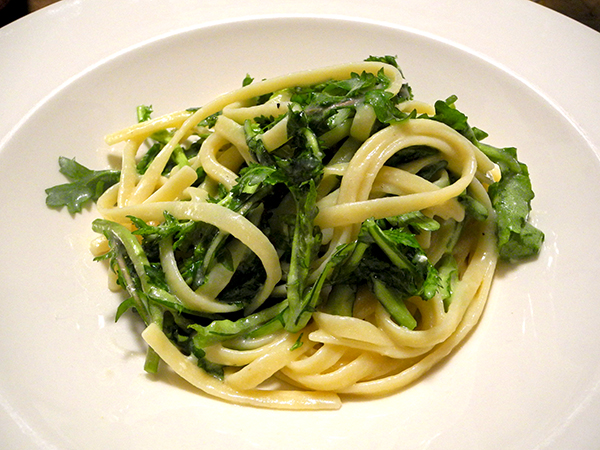 It was all very simple, except for the part about foraging for the tasty green ‘love children’ of arugula and dandelion.

The creative hand of Franca Tantillo, of Berried Treasures, had actually managed the hard part back on her farm in the western Catskills. She was also the one who had given her somewhat sturdy, spicy green the name, ‘arugulion’. I was told on Friday that the green was some kind of unprogrammed cross between arugula and dandelion that she had just come across on a patch of ground on her farm. 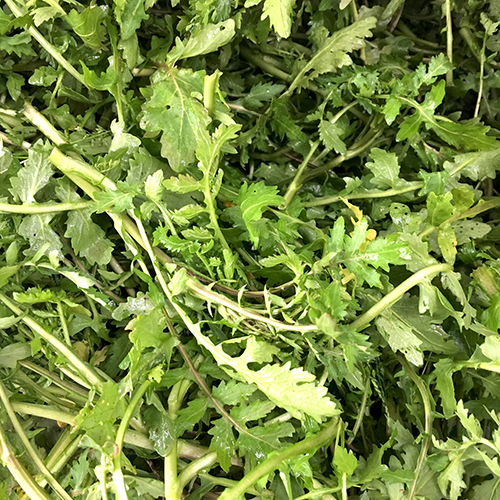 Even before I heard the story, I knew I had to try it.

The very uncomplicated recipe that follows is from ‘I’m Not A Cook‘.

It was so good, we decided to skip the cheese course, and ate it all. Besides, there was half a cup of a great cheese in the dish itself.