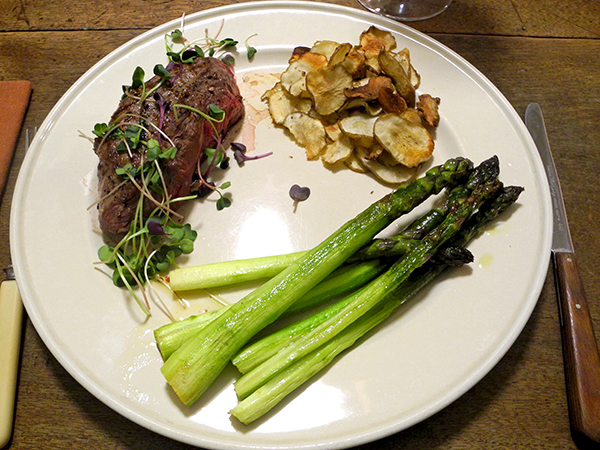 I first walked into The Meat Hook in 2009, soon after they had opened on Frost Street.  The gradual dispersion of the Williamsburg gallery scene in the years after that meant that we soon lost contact with these excellent suppliers, but last Sunday we headed over to their new shop after a visit to ‘SEVEN-ish, Seriously Funny‘, installed by ‘Seven at The Boiler’ through May 22.

We picked up 2 beautiful flatiron steaks and a pound of excellent pork secreto. We enjoyed the pork that night, and froze the beef, which they had vacuum sealed for us, for another day.

Last night, on one of the 5 personal anniversaries we share, we treated ourselves to the steaks.