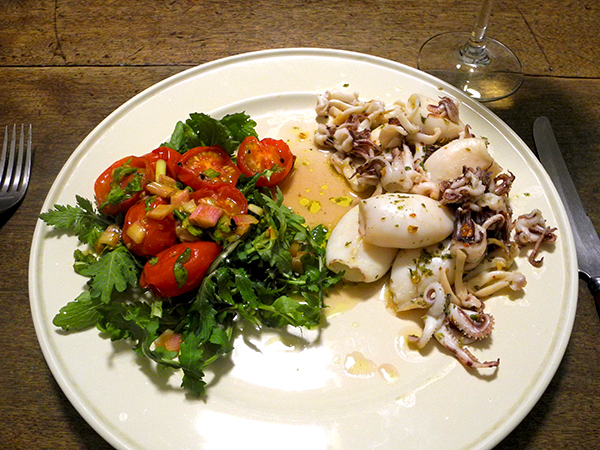 The meal was pretty basic, assembled, except for the very fresh baby squid, from the stock of vegetables I happened to have already had on hand that evening.

Before the end of the meal however, the flavors of the 2 or 3 simply-prepared elements had combined to a wonderful and subtle effect, and, yes, there was a sturdy bread available.