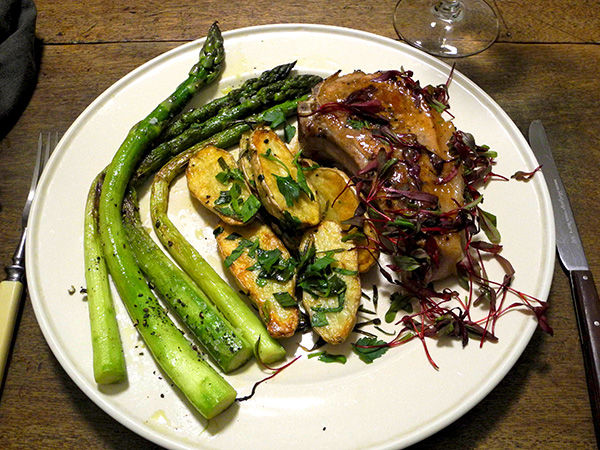 This turned out to be a pretty sturdy meal for the first day of May, but the temperature never got much above 50º, so it wasn’t very far out of line with the real weather. In fact, I was able to use a 450º oven to cook 2 of the 3 items on the plates and still not really heat up the kitchen.