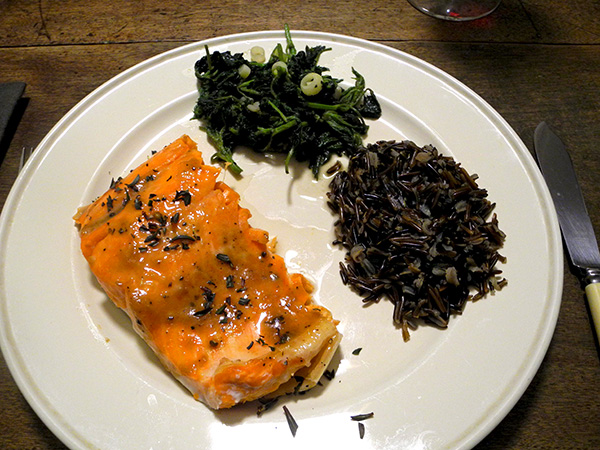 It was wild. The meal was almost entirely wild, and if I had used the wild garlic or ramps I had in the crisper rather than the cultivated spring garlic, it would have been even more so.

The simple recipe for the salmon came from Sam Sifton, in the New York Times.

Incidentally, while preparing the greens in this meal, I was able to again confirm that ‘stinging nettles‘ hold no terror for me, and because of that I left out the adjective which usually accompanies the word ‘nettles’ (I don’t know if there’s any relationship, but I’m also blessed with an immunity to poison ivy).