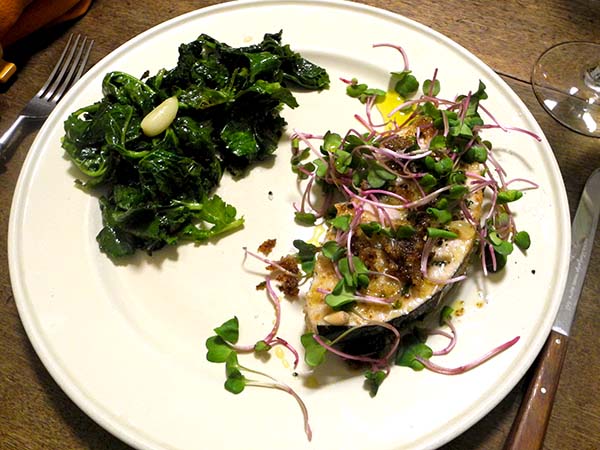 This was actually a very simple meal, put on the table very quickly, even allowing for some time with an incredibly minimal marinade.

We enjoyed a simple and leisurely cheese course, with thin slices of a Balthazar rye boule, and the remainder of the wine.