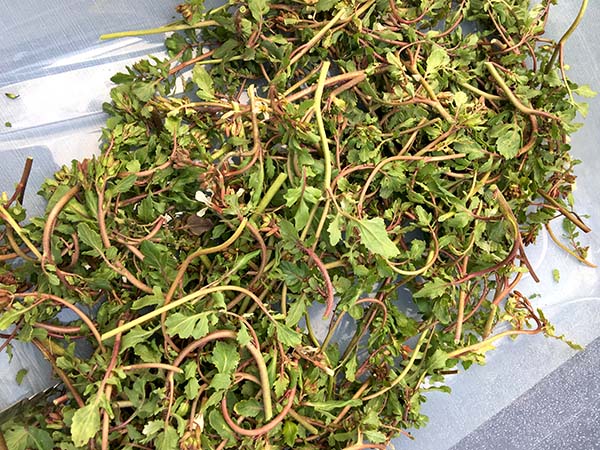 I had never heard of arugula rabe before stopping by Alewife Farm on Saturday, and I can’t find much that is useful on line, but maybe all we really have to know is the name, which simply means ‘sprouted arugula’. It’s beautiful and it’s delicious (and it’s not broccoli). 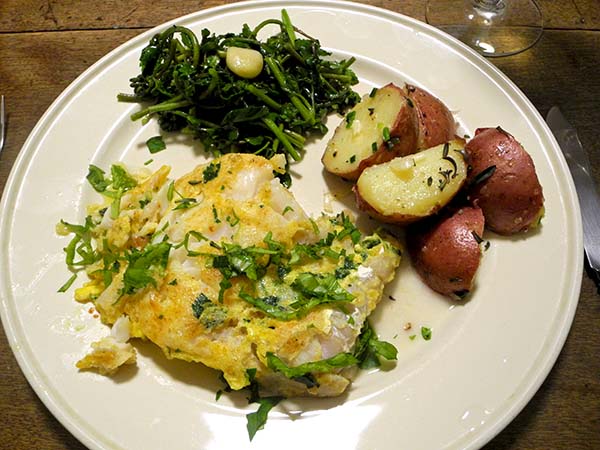 The assignment was to cook a handsome filet of cod without using the oven (which is awaiting service), and I actually had some choice, even if the word ‘roast’ appears in almost all of the recipes in my files. Mark Bittman’s ‘Classic Sautéed’, included on this page (where I had previously only borrowed ideas from the ‘Roasted’ section), did not. Because of its simplicity, knowing that it would show off the virtues of a great fish, both local and freshly caught, I went with it.