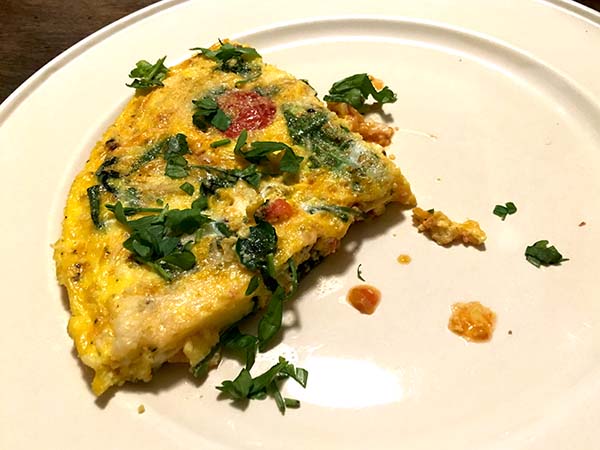 I’m not certain I can explain how I made this, so I’ll just list the ingredients and their sources. I’ve come to find that with a frittata, the thing is pretty much about the moment, and the ingredients that are more or less already within arm’s reach. The outcome is never a total disappointment, and sometimes it’s sublime.

I will say however that the texture of this version was really great:  Very light and actually juicy, it was more like a soufflé than any frittata I’ve put together before. I’m pretty certain the most of the magic was done by that one third of a cup of water into the bowl with the eggs before I whipped them, something I don’t remember doing before with a frittata, but which I had always done when I made omelets.  But there was also the juice from the tomatoes.