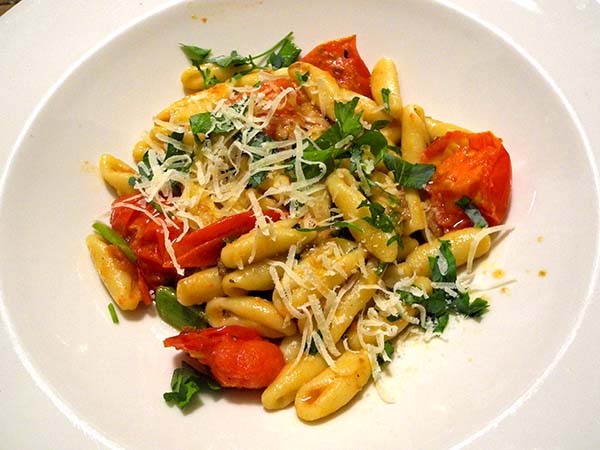 The pasta itself was the star here. It was fresh cavatelli, from Eataly, where its making was overseen by Luca Donofrio, Eataly’s pastaio.

The recipe for the sauce, in this combination a rich and complex complement to a surprisingly earthy plain pasta, was a slight re-imagining of Mark Bittman’s ‘Pasta With Garlic, Tomatoes and Anchovies‘.