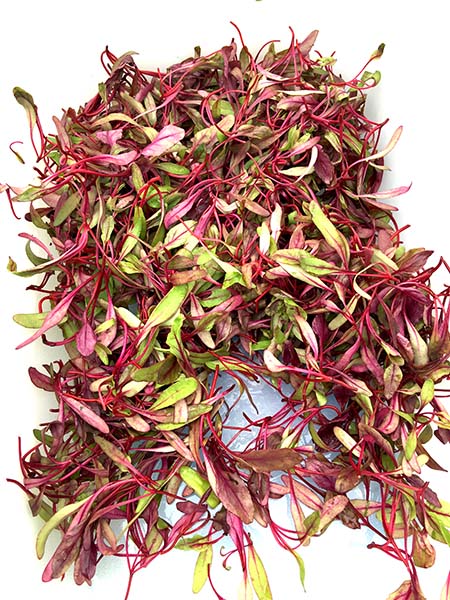 I could say the meal was all about micro ‘Bull’s Blood’ beet greens, but that wouldn’t be quite accurate. 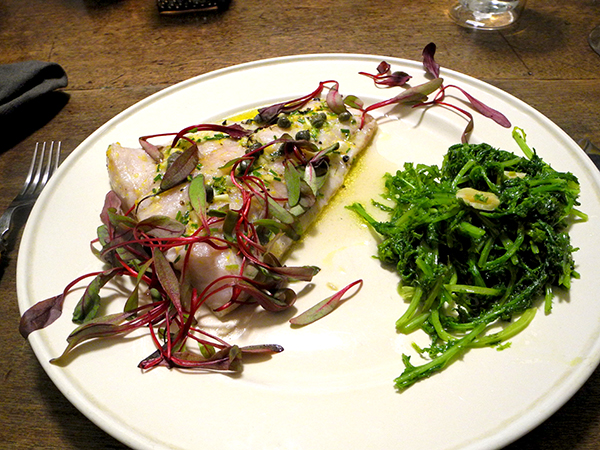 In fact I had decided on the two pollock fillets first, and then I spotted the purple ‘greens’ across the way.

Whatever. But the plate sure was pretty.