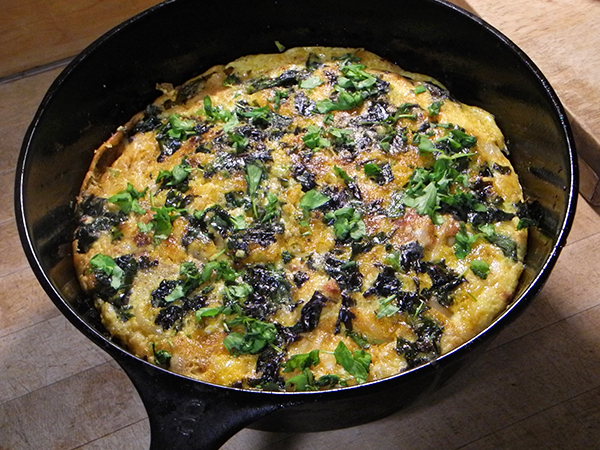 I was a very simple thing, and it welcomed a certain number of ingredients I already had sitting around in the kitchen, but it tasted delicious.  Surprisingly, it also boasted the texture of a soufflé, and who does soufflés any more?

The basic recipe comes from Joyce Goldstein, and is described in detail here, but, just as when I had prepared the dish before, I took some liberties, including changing the half pound of kale she prescribes to the mere handful I had on hand (scattering it all on the top near the end, for visibility). I also added one green serrano pepper to the sausage and onion mix near the end of their cooking, and, after the frittata had come out of the oven, while it was still hot, I sprinkled it with my current favorite herb.