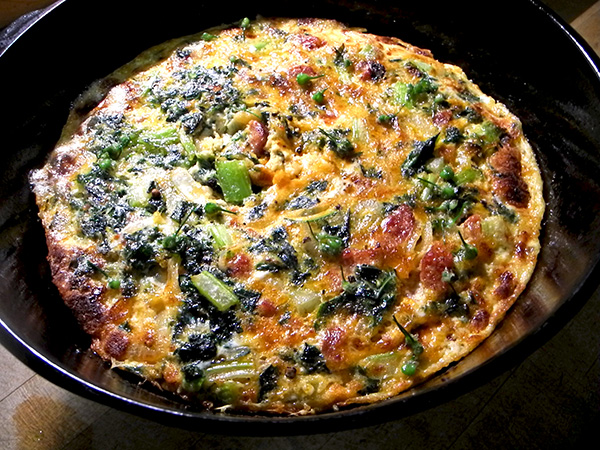 The idea was to put something together which would use some of the vegetables accumulating in the refrigerator, and whose preparation wouldn’t be to complicated.  A frittata would fit the bill.