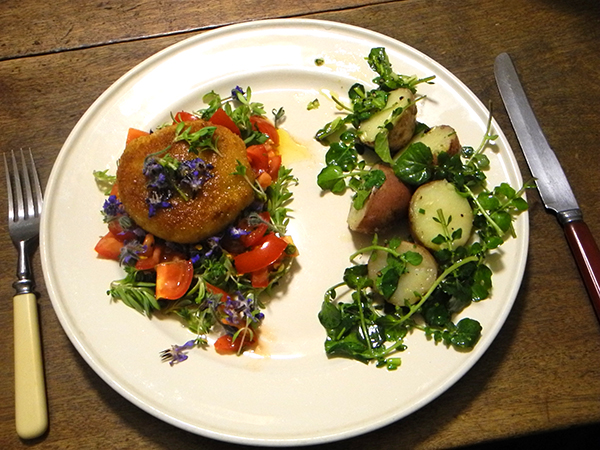 Yes, it definitely looks like I had a lot of greenery on hand, but I think I managed to disguise some of its volumes with a little judicious mixing with other elements of the meal.

And this wasn’t just ordinary greenery, as it included upland cress, wild garlic (bulb and green), stone crop, lovage, fresh oregano (ordinary, except that it’s a survivor from last fall), and borage flowers!

There was a cheese course included 3 cheeses and thin toasts of potato bread.