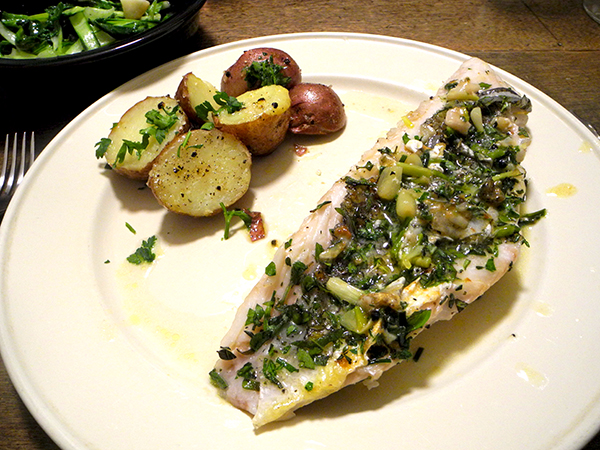 wild garlic, a treat anytime, but in the Greenmarket, in February?

I could say that l just about built this meal around the wild garlic I had picked up at the Greenmarket on Monday, but I have to admit that my fondness for tilefish also had a lot to do with what I served that day.