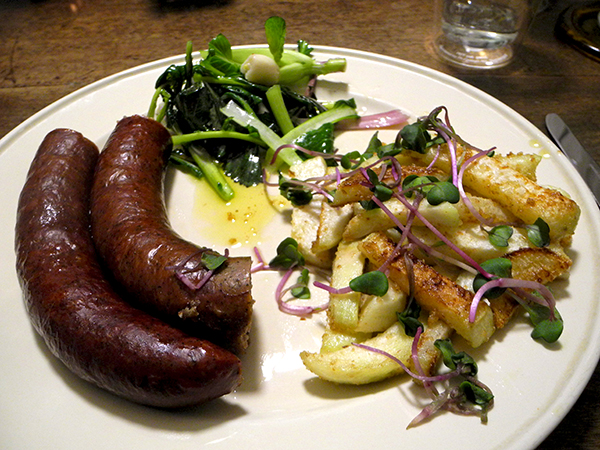 The meal, at least for us, combined the familiar, the not-entirely-unheard of, and the prettty new.  Kielbasa has often shown up on our table, mizuna has made a few appearances, although in different forms, but, while I’ve roasted kohlrabi, and braised its greens, I had never pan-roasted it before.

The recipe I followed for the kohlrabi came pretty straight from Martha Rose Shulman in the New York Times.