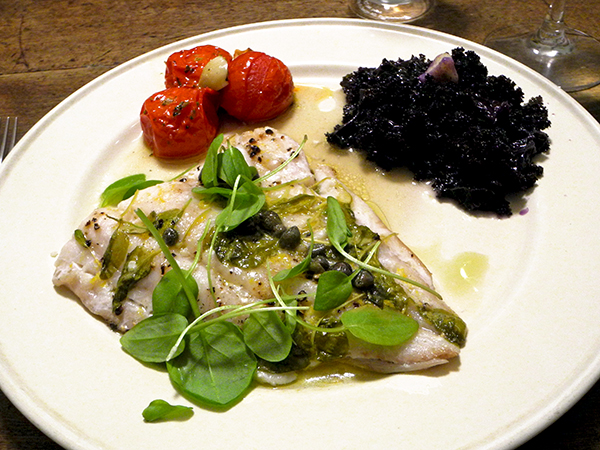 Pollock is a favorite with both of us, and the micro sorrel which I found at the Greenmarket a few minutes after walking away with the fillet became a star when I combined the two.  My sighting the little greens was especially lucky because I did not have any chives at home, and it was that fine little allium which I had worked with in preparing this dish before.