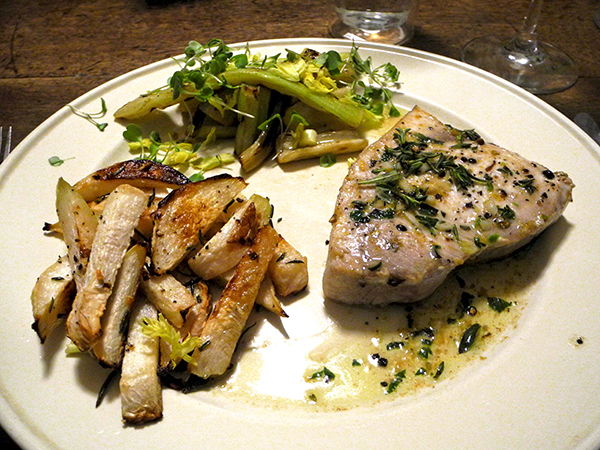 There are a few modest new things going on here, new even to me.

I’ve worked before with the same basic swordfish recipe [Bon Appétit, 2005] used here, but I’ve never finished the steaks with winter savory; I’ve eaten rutabaga all my life, having grown up in a more-or-less-German-American kitchen (learning only much later that the French normally think of that vegetable as suitable for pigs), but I think I’ve never before attempted to prepare them as frites, even faux-frites; I love the flavor of celery in any form (incidentally, in Europe it’s celeriac, and not what we know as celery, that’s the kind preferred for cooking), but I think this was the first time I had pan-grilled the green stalks themselves.