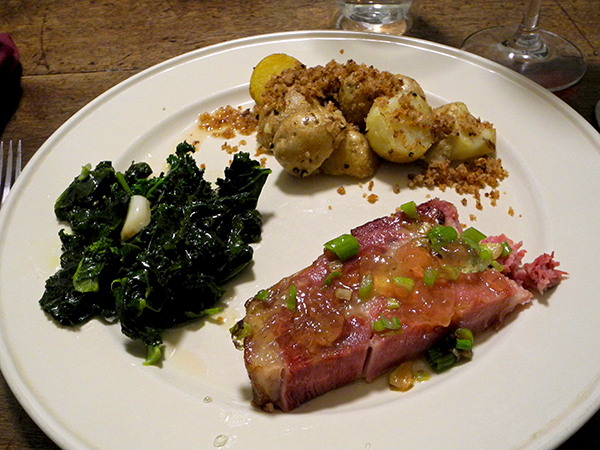 For the last couple of months I’ve been moving around a single smoked pork chop in our freezer.  It was the survivor from what had originally been a package of two.  Neither of us can remember when we had 3 chops, that is, one guest for a dinner, but to make matters awkward, our favorite vender for these things always sold them only in pairs, so it seemed that I would eventually have to make a meal, for the two of us, of what would be less than 4 ounces of meat, once cut off the bone.

Last night it happened.  Surprisingly, even with the additional constraint of only a small number of potatoes and not much more than a handful of kale, to fill out two dinner plates, there was enough for a pretty satisfying meal (translation: we didn’t move on to a cheese course).