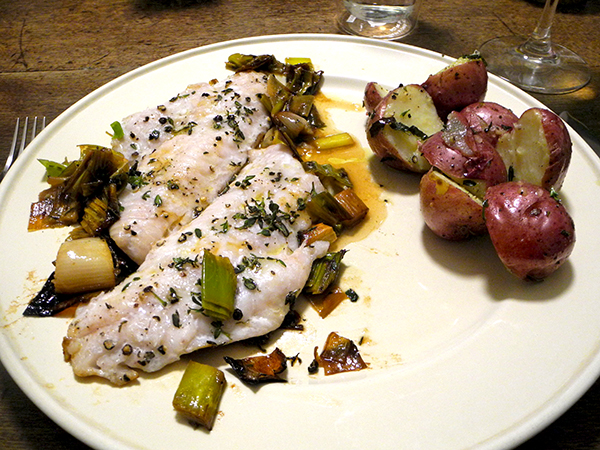 like meat and potatoes, but I mean that in a good way

The previous night we had enjoyed beef, but no potatoes.  Last night it was potatoes, but no beef. There was fish, not beef, yet even if it hadn’t been accompanied by potatoes, this fish entrée would have seemed as substantial as the proverbial meal of meat and potatoes.

I think it was what happened to the leeks inside the oven that almost totally altered a dish which I had prepared and enjoyed once before, at that time with one additional ingredient (a bit of bacon, described as optional by Mark Bittman, the author of the recipe).  I had inadvertently caramelized the leeks by the time I added the fish fillets and returned the dish to the oven, and this seemed to change almost everything.