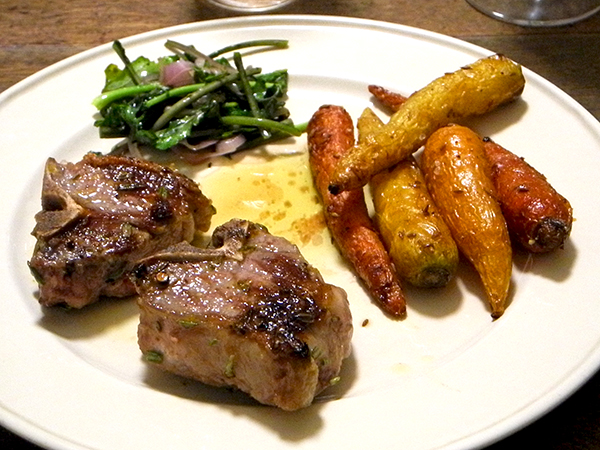 Taking a break from what has almost become a regular diet of fish, and mindful of how much we appreciate goat cheese (which we know doesn’t come from the boys), we decided to enjoy some chevon last night.  The chops, appropriately enough, were from one our favorite goat and cow milk cheese makers, who also occasionally offers both kid and veal at its Union Square stand, for the obvious reason to which I just alluded.

These chops were as delicious as their cheese.