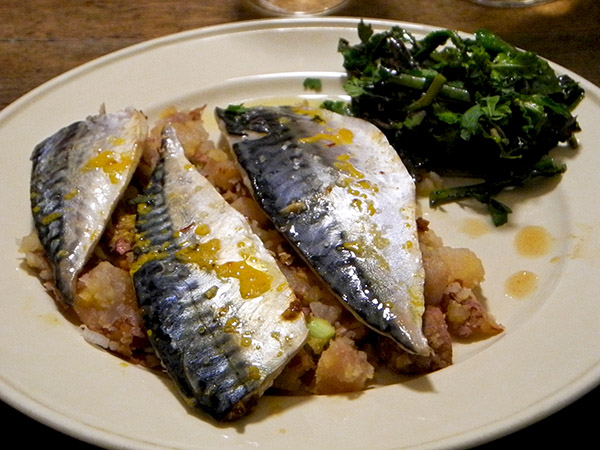 a new approach to preparing a favorite fish

The fish was mackerel, Boston, or Atlantic mackerel, which happens to be a wonderful, extremely healthy, delicious, and, apparently, remarkably-sustainable species.  Most people either love it dearly or ignore it like the plague. It’s one of our favorite entrées, and I’ve prepared it often, but basically only in two ways. This time I didn’t summon a single tomato, and there wasn’t a lemon in sight.  It was at least as delicious as ever.  The recipe originated with Gordon Ramsey.