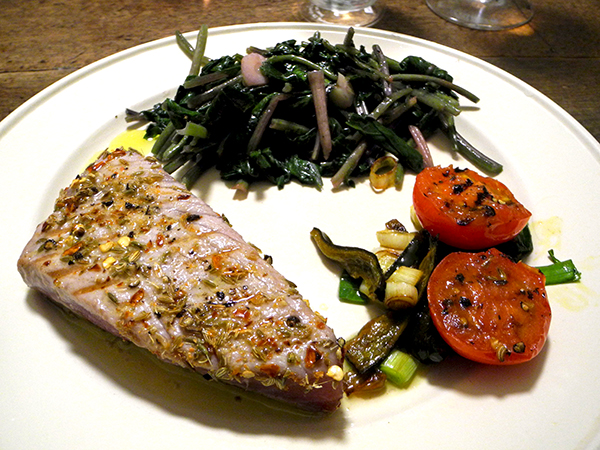 It may look a bit like a holiday treat, but it’s totally savory.  The tuna is ‘paved’ with crushed fennel seed and peperoncino, not colored sugar, and the red and green comes from the Chinese brassica and the most modern expression of the ancient Andean/Mexican cherry tomato.