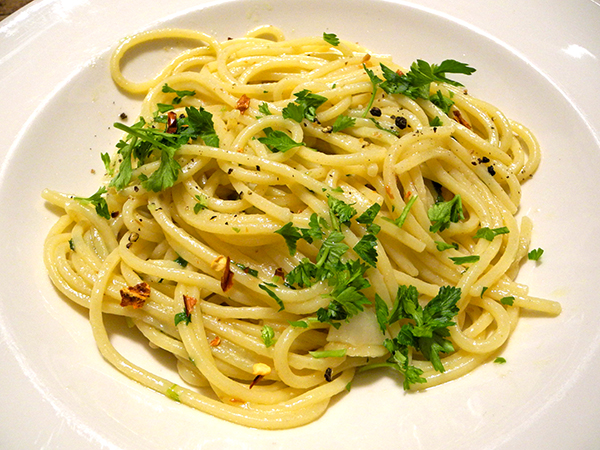 This is another example of the stock Italian guy’s ‘midnight pasta’, or spaghettata di mezzanotte, but I’m thinking more and more that it’s not just a dude thing, and not even just an Italian thing. Everyone needs a go-to, at-home dinner concept, and this is a pretty good one.

This is one version, published by the Times in its ‘NYT Cooking Recipe Box’.

My description is directly below; it’s what I served the two of us last night at my own dude’s suggestion.