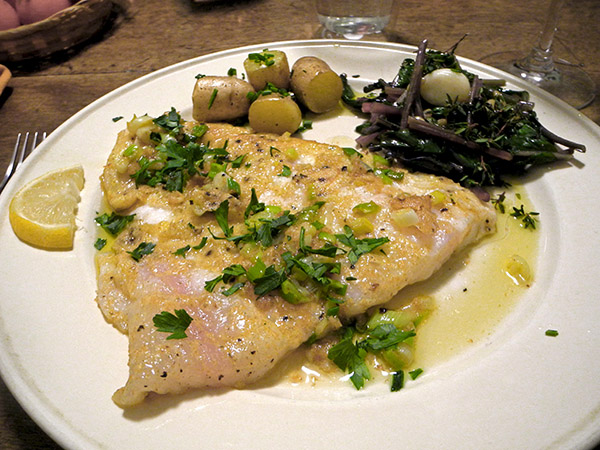 flounder may be delicate, but it doesn’t have to be shy

There were plenty of choices available when I arrived at the fish stall on Wednesday (much earlier than usual). Since most had been on our table pretty recently, it was more a matter of what would best work with my meal plans otherwise.

I decided to pick something that would go with the clean sweet taste of the flowering bok choy  I had bought on Monday. Since I was thinking of using more ingredients than I normally would with greens, ideally it would be a fairly uncomplicated fish, but one which could still stand up to strong flavors.

I chose a flounder fillet, and decided to intensify its delicate taste with scallions, lemon, and a bit of parsley.  The vegetables I served were some simple boiled potatoes finished with an herb, and a ‘bouquet’ of yu choy sum (the flowering bok choy), to which I gave a bit of an exotic twist. 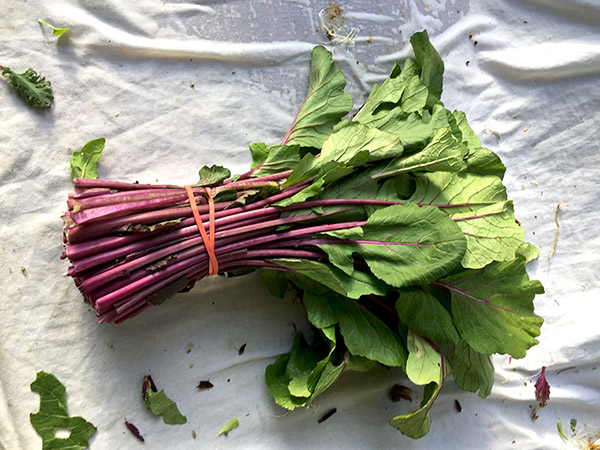