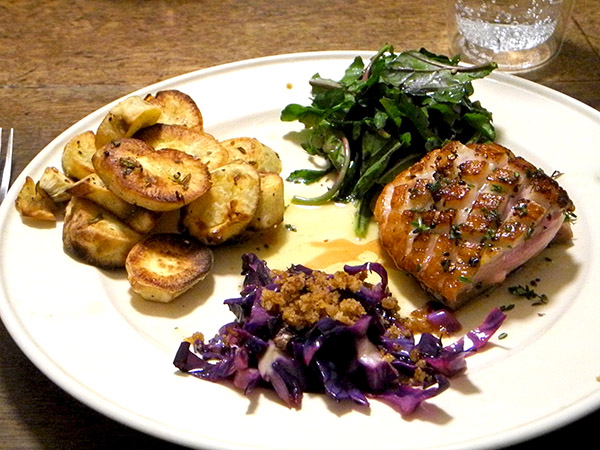 more colorful than I expected (particularly impressed with the Blaukraut)

I had intended to pick up seafood at the Greenmarket, Monday, but the fisher family was unable to make it that day. I didn’t have a backup entrée, at least nothing that wasn’t frozen, so I picked up a fresh boneless duck breast at Eataly on my way home.

The rest of the meal then just came together, some of it having shown up in earlier dinners.