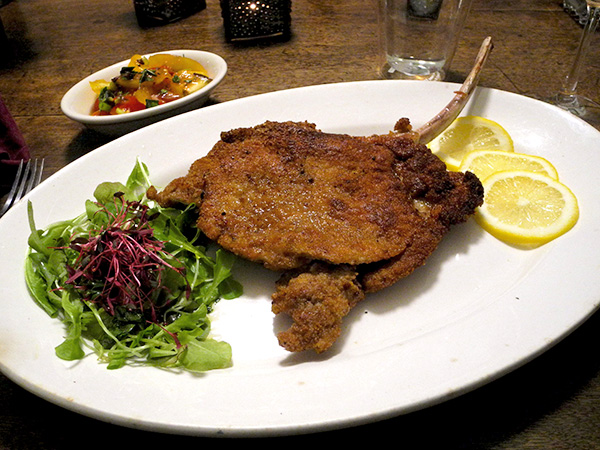 I think what I prepared here was a hybrid of a dish enjoyed in several cultures, and claimed by at least two.

Wiener schnitzel is the national dish of Austria, even though, by European standards, its history there doesn’t seem to go back very far. Austria, and especially Vienna, may not like being reminded of this, but documentary evidence indicates that its iconic thin, breaded and pan fried veal cutlet was apparently known as “Lumbolos cum panitio“, or ‘Milanese cutlet’, almost 700 years earlier than its first association with the Habsburg capital, where it became known as ‘Wiener Schnitzel“, and remains a star today.  In fact, and as usual, I’m inclined to agree with the antiquarians, who point out that a recipe of its description appeared in the late Roman cookbook, ‘Apicius‘, a work which remains in print today (partly, I like to imagine, for giving the world the breaded veal cutlet, even if its author might have himself borrowed it from another).

Cotoletta alla Milanese, the Milan version of this dish, which may have been the source for the Viennese, includes the rib bone; Palermo apparently brushes it with lard, then pan grills it, flavoring it along the way with oregano and/or parmesan cheese. Okay, I’ve now given up on trying to achieve anybody’s idea of authenticity, and will forevermore just aim for great pleasure. 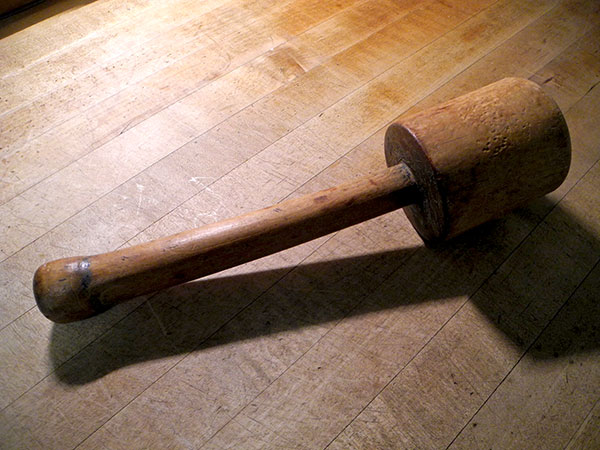