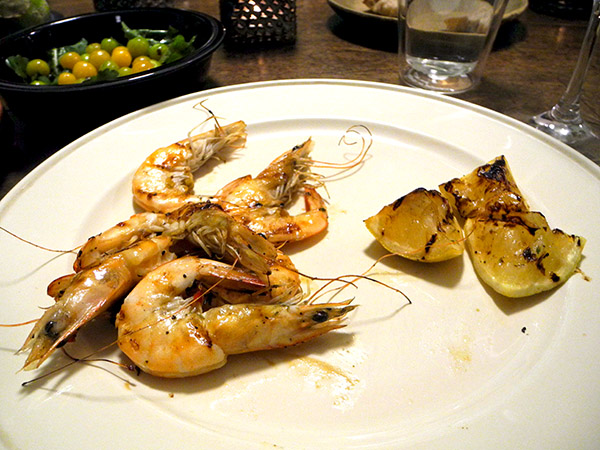 minimal, ungenerous? but it took so long to eat that it still felt like enough

There was also a primi, so the relatively small secondo seen in the image above would probably have felt like enough for a satisfying dinner even if we hadn’t spent a lot of time peeling those five or six fresh shrimp.  Grilling with the shells however, even pan grilling, is important for realizing the full taste of some wonderful fresh decapods.

I arrived at the Greenmarket just in time to grab the last of Jean Claude’s shrimp on Friday.  Since they weighed in at somewhat less than what I would have preferred, I just added a first course to our dinner;  this one could not have been easier to prepare, and it featured another great sea creature. 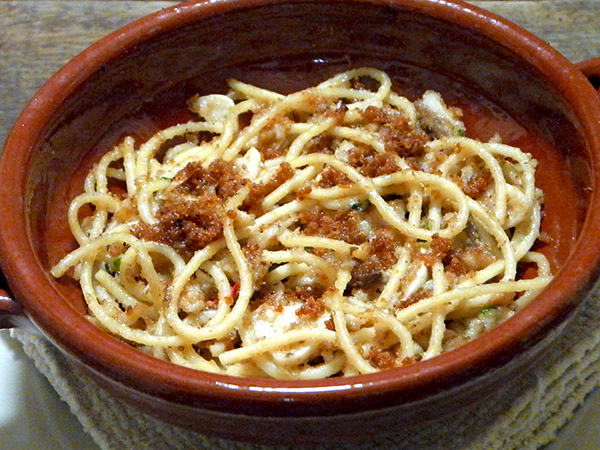 Before the shrimp we enjoyed a primi which was simply what had remained from the main course of a meal we had a few days earlier.