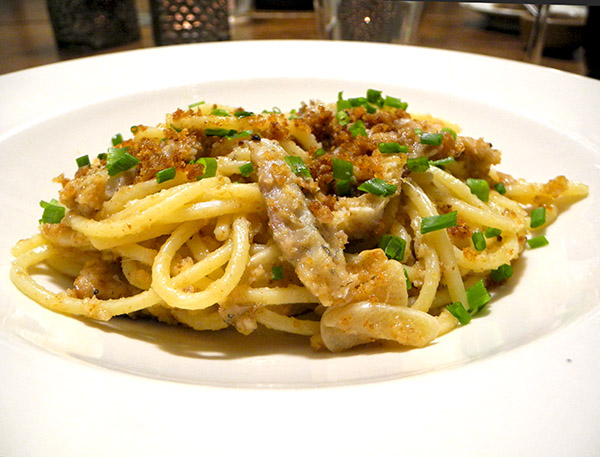 It was the second time I had cooked this delicious simple dish, an adaptation of the one found on this site.  The extraordinary complexity of flavors, considering the minimal list of ingredients, was still a surprise; it was just as good this time around, and just about impossible to be satisfied with just one serving.  We didn’t have a cheese course.

*The preparation of the pangratto involved adding about a third of a cup of homemade breadcrumbs to about a fourth of a cup of olive oil in which two more thinly-sliced Norwich Meadows Farm garlic cloves and 3 anchovies from Buon Italia had been heated for a short while, stirring for 4-5 minutes, the mixture then drained on paper toweling and brought to room temperature