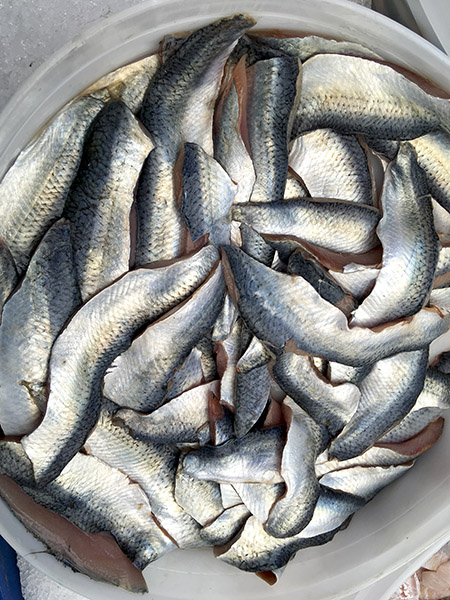 In the first minutes after arriving at the fish stall in the Greenmarket I thought my choice would be swordfish or blackfish/tautog, maybe a sea bass or hake fillet, but when I saw these beautiful herring I couldn’t resist their beauty, even though I had no idea what I was going to do with them.

In the evening I went for very simple approach, one which involved lots of lemon, and a good helping of chiles, and tamed the fish with a tomato-caper salsa, and twice-cooked potatoes. It was very similar to the treatment I had often given to mackerel, originally a Sicilian-inspired recipe from Michael White. 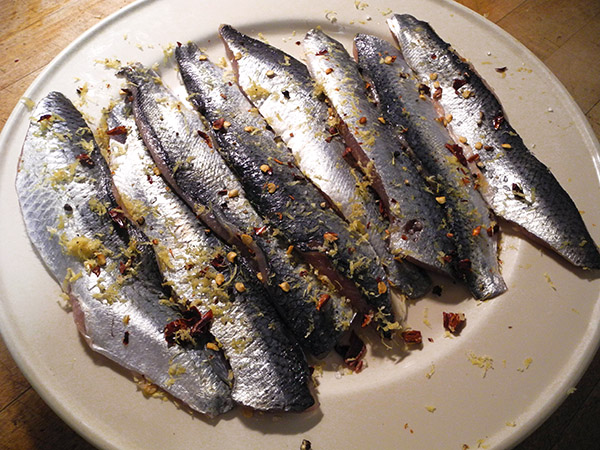 seasoned, ready for the grill pan 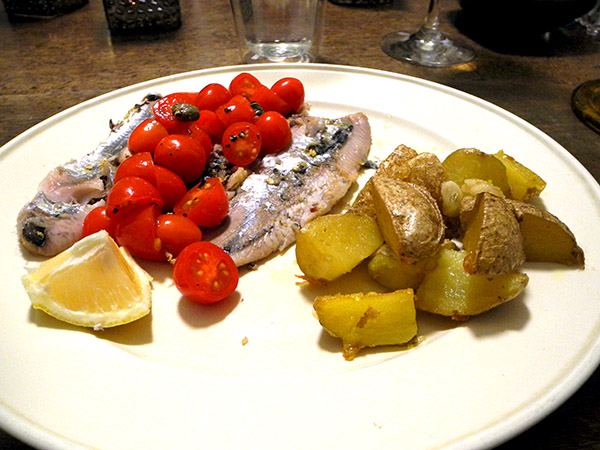