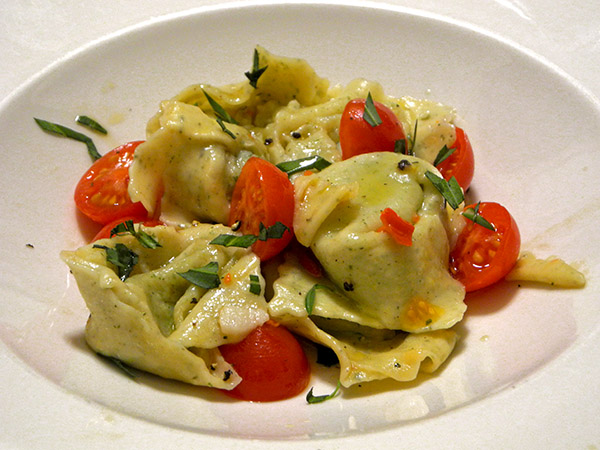 I don’t really know what was inside the pasta other than shrimp, since Buon Italia didn’t include a list of the ingredients on the package, only on the shelf, and I didn’t realize that until I arrived home.  I’m going to try to remember to look the next time I’m there. 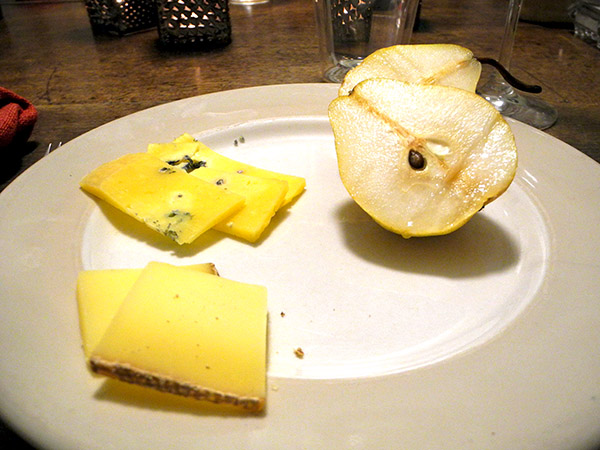 The dessert was a small plate of fruit and cheese.